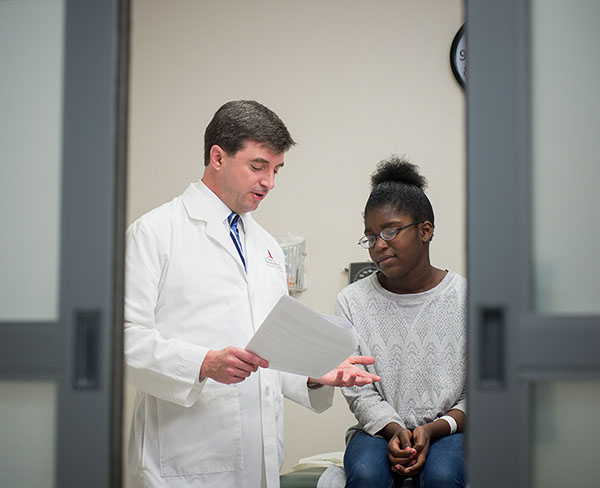 In 2016, it was estimated that there were 15.5 million cancer survivors in the United States. As of 2015, at least 429,000 of these survivors were first diagnosed when they were under the age of 20. Advances in cancer treatment mean that today 84 percent of children diagnosed with cancer are alive at least five years after diagnosis. Many ultimately will be considered cured. As a consequence, interest is growing in the long-term health of these survivors.

Health problems that develop years later because of a cancer treatment are known as late effects. (For more information, see Late Effects of Treatment for Childhood Cancer.)

The Childhood Cancer Survivor Study (CCSSExit Disclaimer), funded by the National Cancer Institute and other organizations, was started in 1994 to better understand these late effects, increase survival, and minimize harmful health effects. Greg Armstrong, M.D., M.S.C.E., at St. Jude Children’s Research Hospital in Memphis, Tenn., is the principal investigator for this research study. A list of participating research centersExit Disclaimer can be found on the CCSS website.

Originally, childhood cancer survivors diagnosed between 1970 and 1986 were identified for this long-term, retrospective cohort study from participating centers in the United States and Canada. More than 14,000 survivors were surveyed and followed for long-term health outcomes. In addition, about 4,000 of their siblings were recruited as comparison subjects. Due to the significant changes in therapy for children with cancer over the past 30 years, a second group of about 10,000 survivors diagnosed between 1987 and 1999 and about 1,000 of their siblings were also recruited for the study. Therefore, the CCSS cohort includes three decades of survivors of cancers in children and adolescents.

Researchers gathered information from the survivors’ medical records on primary treatment exposure that included surgery, radiotherapy, chemotherapy, or a combination of treatments.

CCSS is an excellent resource for the development, testing, and dissemination of intervention strategies. Several randomized intervention studies among high-risk childhood cancer survivor populations have been completed (e.g., studies about breast cancer screening, cardiovascular screening, skin cancer screening, and smoking cessation). CCSS-based research provided the foundation for all of these studies. Intervention studies are ongoing to reduce obesity in survivors of acute lymphoblastic leukemia and to reduce the underdiagnosis and undertreatment of traditional cardiovascular risk factors—including hypertension, diabetes mellitus, and dyslipidemia. A third intervention trial to improve breast cancer screening with both mammography and breast MRI has recently been initiated.

Researchers who have studied CCSS data so far have identified a number of potential late effects, including premature menopause, stroke, and subsequent cancers. Childhood cancer survivors should get close, long-term follow-up from doctors who know about these kinds of complications, say experts. To address this issue, the Children’s Oncology Group (COGExit Disclaimer) has prepared a resource for physicians called “Long-Term Follow-Up Guidelines for Survivors of Childhood, Adolescent, and Young Adult CancersExit Disclaimer”.

The list below includes links to journal abstracts and articles for just some of the most recent studies that have been published using data from the CCSS. A more comprehensive listExit Disclaimer can be found on the CCSS site.